Bicycles do not provide as much protection for riders as cars and other larger vehicles do, yet there are more and more cyclists on the road. Cycling is a great health benefit and a convenient way to move about the city. For this reason, the injuries sustained in bicycle accidents tend to be more severe. If you or a loved one was involved in a bicycle accident caused by someone else, you may be able to sue for damages, depending on the specifics of the case.

Bicycle accidents are all too common in the United States. In fact:

Bicycle accidents can occur for many different reasons. Some of the most common causes of bicycle accidents include rider errors, problems with the roadway or walkway, falls, crashes, animals running into the road and collisions with vehicles.

In some cases, bicycle accidents are the result of negligence or error on the part of the rider. However, in other cases, bicycle accidents occur because of the negligence of another party, such as the driver of a motor vehicle. In such cases, the party at fault may be responsible for compensating the victim or the victim’s family. For example, if the driver of the vehicle was speeding, not paying attention or otherwise breaking traffic laws, he or she may be held liable for the accident.

Victims of bicycle accidents may also be able to file claims when accidents occurred because of poor road conditions if they can show that the government agency responsible for maintaining the road was not performing its duty properly.

However, in many bicycle accidents, determining who is at fault can be difficult. In some cases, both the cyclist and the other party involved may have contributed to the accident. Fortunately, thanks to Texas’ comparative fault rule, an injured cyclist can recover damages even if he or she was partly at fault for the accident, as long as his or her level of fault is less than 51 percent.

To determine fault in a bicycle accident case, the court will consider each party’s actions and how they contributed to the case. All drivers of motor vehicles, as well as cyclists, are required to obey all state traffic laws. Both cyclists and drivers of motor vehicles also have the same rights while on the road. Fault is assigned when any party involved in an accident breaks a traffic law or infringes on the rights of another party.

If a cyclist injured in an accident is found to be less than 51 percent at fault, he or she may be able to collect from the other parties involved in the accident. However, the amount of the cyclist’s damages will be reduced based on his or her level of fault.

If you or a loved one was involved in a bicycle accident and you believe another party was at fault, you may be able to file a claim against that party and recover compensation. However, determining whether you have a valid claim can be difficult. In addition, in order to recover compensation, you must be able to present enough evidence to prove that the illegal action of the party in question caused the victim’s injuries.

For an in-depth evaluation of your case and expert advice from experienced bicycle accident attorneys, please contact Forbes & Forbes. 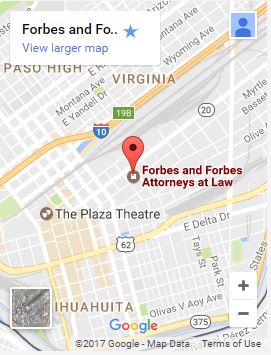